This New Book Encourages Abused
Women to NOT Give Up.
Anna Potter tells her personal story of abuse to help others in the same situation.
Home
Abused Women Resources
Contact the Author
Upcoming Events

Series of 3 lectures on Cans in the Dryer and why women do not leave or speak out about abuse.  Deals with women finding their voices.  The first 3 Tuesday nights in May (1st, 8th and 15th) at the First United Methodist Church of Dunnellon, Florida, 6 p.m. 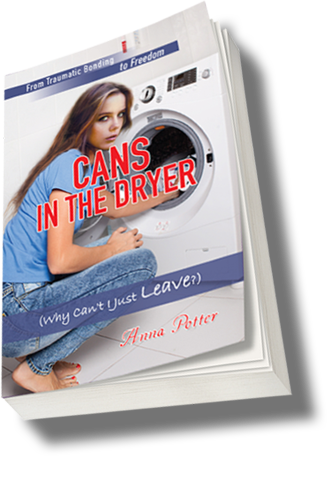 Traumatic Bonding And The Development Of The Stockholm Syndrome in Battered Women by Debra Dixon.

No Visible Wounds: Identifying Nonphysical Abuse of Women by Their Men by Mary Susan Miller, Ph.D.

“Constructive Desertion as A Ground for Divorce: ‘Jane Eyre’ circa 2006” available from NAMI (National Alliance for the Mentally Ill) http://md.nami.org

“Why Don’t They Just Leave? The Theory of Learned Helplessness” www.ojp.usdoj.gov/ovc/assis/

Links to Other Helpful Sites

http://www.addictioncampuses.com/  "...treating persons struggling with addiction medically, mentally and spiritually to break the cycle of repeated visits to treatment." 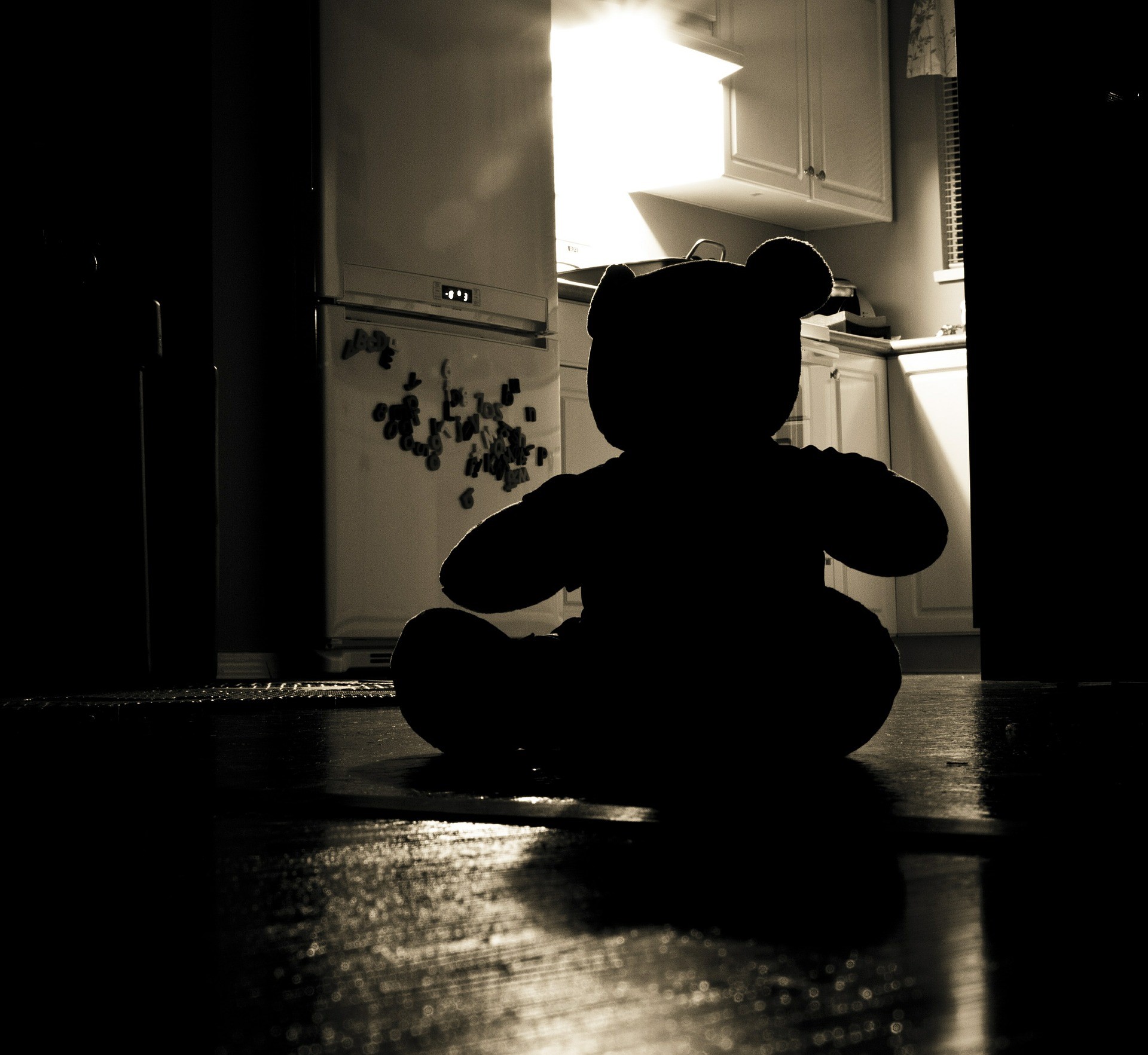 Chemical addictions come in all shapes and sizes and from all sorts of reasons. Some addicts became hooked after an illness or injury lead them to use painkillers. Other addicts fall into careless habits that lead to an addiction. One of the most common roots of addiction stems from being sexually, mentally, or physically abused while growing up.

For children, violence in the home leaves what feels like an indelible scar. It’s quite obvious then why many victims seek solace through drugs and alcohol. When you carry around that much pain and anger, it’s normal to look for ways to numb yourself.

Consider what each of these survivors endured:

Lewis:
“When I was about 4 to 5 years old, I was sexually assaulted … My dad remarried twice, and one of my stepmoms became abusive - mostly emotionally, but there was also some physical abuse.

Angie:
“When I was 11 years old, I was raped by my step-father. After it happened, I told my mother, and she made me promise not to tell a soul.”

“I grew up in an extremely abusive household. I was abused mentally, physically, and emotionally by my dad.”

“I grew up in a home with domestic violence: I was verbally and physically abused. I was sexually molested when I was 8 to 10 by our family’s priest.”

Many children who suffer these horrific realities never receive therapy or treatment to combat the trauma they endured. This means they carry this pain into adulthood, along the way doing what they can to protect themselves emotionally, even if it’s through bad decisions. As time goes on, those decisions go from bad to worse, leaving the survivor feeling like they can never live a life of peace or with love.

But there is a light at the end of the tunnel for these survivors, and there is a way to cast off the pain and misery. Through treatment, support and determination, survivors can and do find a way to work through their pain and live the lives they deserve.

Those people who shared their stories of abuse? They are all examples of people who found a way to heal their emotional scars and leave behind the addiction that contributed to their unhappiness. Each of them has taken the steps necessary to reclaim their lives and find peace within themselves. Let their stories of recovery show what strides can be made.

At the Treehouse, (http://www.treehouserehab.org/)  “I learned about my trauma as a kid. I had been kicking myself about not doing something to stop the assault, but I realized I could only do what I knew and could do at that age. I was angry at the wrong people … I learned how to cope, and how to confront things in a positive way.”

“I really learned that I’m human and people make mistakes. I learned to forgive; I forgave my dad and let go of that anger and pain. I forgave myself for all of the hurting that I caused myself and my family. I really had a spiritual awakening.”

“I realized that when I was younger, I hadn’t processed the trauma and pain that I had experienced. Instead of processing it, I had numbed it with the drugs and drinking. It took time to work through it, but it was so important for me to do that in the process of my recovery.”

As these amazing abuse survivors demonstrate, there is no challenge too great for the human spirit to overcome. Sometimes we need a little extra help to find the happiness we deserve, and that is not only OK, but a beautiful thing. If you’re suffering from abuse, another emotional trauma, or addiction, don’t be afraid to reach out to someone to help you find your peace — Lewis, Angie, Shawn and Harold all prove that it’s an action worth taking.

What You Need to Know About Gaslighting

There I was, in the Food 4 Less parking lot, just sitting in my car. Bawling. I hadn’t known where else to go. I just knew I needed somewhere safe–somewhere my mind and heart could have space. I called my mom and relayed the most recent conversation with my husband. In between sobs, I managed to get out the words: “Mom, I don’t understand how this always seems to happen. I feel like I’m literally going crazy.”

There hadn’t been any shouting or name calling, no slamming of doors or threats. I had desperately needed to have a conversation with my husband about some things that were bothering me in our marriage. I felt lonely. He seemed distant and angry, and I couldn’t understand why.

I couldn’t put words to it, but I knew that something wasn’t right. I had difficulty holding on to facts firmly, remembering who said what when. My ability to know what was “real” (my feelings and perceptions of what was going on in our marriage versus his) was getting more and more stripped away. I was so confused and felt hopeless.

And so there I sat, in that parking lot, telling my mom I felt like I was going crazy.

Finding my healing from the trauma caused by my husband’s secret sexual behaviors was one thing. This was something else. Through the course of my marriage, I had lost so much of myself. It wasn’t until almost three years after the discovery of my husband’s behaviors, when I first began to study gaslighting, that things started to become clear. When I discovered the word gaslighting, I received a way to describe a big reason I was so lonely in my marriage. When I discovered gaslighting, I began the most significant work in my journey of finding myself and my voice again, and maybe, truly, for the first time.

Gaslighting occurs anytime someone attempts, and succeeds, to convince you that your feelings, beliefs, thoughts, or perceptions of reality are invalid, inaccurate, or untrue. (Well, that’s my working definition, anyway.) Most people don’t know that this is what they are doing, but that doesn’t change the fact that it is, indeed, exactly what they are doing.

Gaslighting consists of a number of tactics, but what sets gaslighting apart from the tactic is the result. For example, someone can use manipulation as a tactic to cause you to change the way you feel about him viewing pornography. “You’re being old-fashioned and prudish. All men watch porn. It’s no big deal, so why are you making it such a big deal?” The tactics being used here are manipulation and intimidation. If the desired effect occurs, you begin to doubt yourself, and eventually will relinquish your insistence that he stop viewing pornography. You’ve been convinced that your feelings of him being unfaithful when he views pornography aren’t valid, but instead, old-fashioned and prudish. This is when manipulation results in gaslighting.

In working with my clients at Betrayal Trauma Recovery, it’s right about this time that silence fills the air as the revelation comes. As their mind takes in the definition of gaslighting, and the memories come flooding in of all the times they’ve lived it, they inevitably exclaim, “There’s a word for that? I had no idea there was a word that explained what I’ve been experiencing!” The validation of their experience, and the relief that it wasn’t just them, is palpable.

Am I experiencing gaslighting?

Identifying gaslighting in your relationship can be scary, but it’s crucial if you want to achieve a healthy relationship wherein each person’s feelings, thoughts, beliefs, and perceptions are considered, respected, and validated.

Gaslighting is a complex, nuanced thing. Ideally, you’ll have a knowledgeable, trauma sensitive life coach or therapist and a support system with safe people to help you sort through the confusion gaslighting causes.

The ten signs below, adapted from Dr. Robin Stern’s The Gaslight Effect, indicate that gaslighting may be occurring in your relationship:

·         You constantly second-guess yourself or have trouble making decisions.

·         You can’t understand why, with apparently so many good things in your life, you aren’t happier.

·         You frequently make excuses for your spouse’s behavior to friends and family.

·         You start to avoid your spouse so as not to experience the put-downs and reality twists.

·         You think twice before bringing up certain seemingly innocent topics of conversation.

·         Before your spouse comes home, you run through a checklist in your head to anticipate anything you may have done “wrong” that day, or to make sure everything is “just right.”

·         You have the sense that you used to be a very different person–more confident, more fun-loving, and more relaxed.

The more signs you can relate to, and the stronger you resonate with them, the likelier it is that someone is gaslighting you.